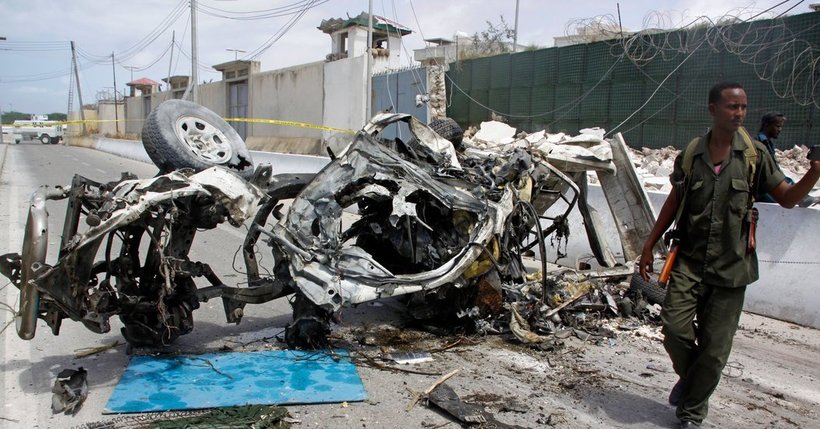 There is a broad-based consensus that security in Somalia has been deteriorating at an alarming rate. In the past few weeks, hundreds of people have been killed by truck bombs at two prominent locations in Mogadishu. The lethal potency of the explosives and the scale of death and devastation resulting from the Oct 14th one was far beyond what Mogadishu has witnessed in over quarter of a century of violence.

These successive deadly terrorist operations combined with allegations that attackers have used intelligence services ID cards have turned the spotlight on Somalia’s National Intelligence and Security Agency (NISA). Serious questions regarding the agency’s leadership, competence and the scope of its authority are being raised.

But how does one reveal unpleasant realities and tell a traumatized nation what appeared like a ‘light at the end of the tunnel’ was in fact a runaway train coming at them? How does one do that without shoving them into state of self-defeating despair? These indeed are the dicey challenges, but truth must be told.

Somalia is in an existential race against time. Much like all other critical issues facing the nation, the Somali government does not control its intelligence or security. Worse, the government does not have the political will to address the real causes and effects.

Somalia is the center of gravity of international predatory capitalism. Not only because of its untapped natural resources since many countries would qualify, but because Somalia is the gold standard of these three systematically destructive elements: corruption, ineptitude and disloyalty to the nation. How many nations do you know that host dozens of security and intelligence forces with various (domestic and foreign) commands and control? Here are some examples:

There is the revolving door syndrome of failed security leadership that recycles the same has-beens. Every year or so when a new commander is appointed and another is sacked. The former brings in his own clan comrades and cronies and the latter takes with him the manpower that he brought in.

There are former al-Shabab leaders with long ugly record who, despite never seeking the forgiveness of their victims, been co-opted by the government, and, yes, been giving highly sensitive positions at NISA and other branches of government.

There is the cottage industry of intelligence serves ID cards. These IDs are readily available for anyone willing to pay the going rate. Apparently it is the agency’s failure when individuals in charge of issuing these IDs make little over $200 for monthly salary and the going price for a false ID is twice their monthly salary. While civilians try to possess these IDs for various reasons, the most common is the need to get through roadblocks and checkpoints since there is no logging system to verify authenticity of employment.

There are multiple security and intelligence agencies that emerged within the five clan-based federal states that may share a name with NISA but functionally have nothing to do with that ‘national agency.’ Most of them take their substantive orders from one neighboring state or another.

There are the corrupt leaders in the political upper echelon that readily put Somalia’s national interest behind anyone with a bag full of cash or has the capacity to aid them in attaining or keeping a position.

There are many in the circles of influence, including ministers and parliament members, who own their own private security companies and directly benefit from increased insecurity.

There is the underground business cartel that considers the status quo a heavenly blessing.

There is the Blackwater project to advance what might be called ‘world peace according to Erik Prince’ while UAE and DP World provide the diplomatic and commercial façades.

There is UK –guised as UNSOM—to guard the Soma Oil and Gas interest by any means necessary. It is mandated face that governs the Halane compound where a mishmash of the good, bad and ugly and their mercenaries are hosted. In their possession is the carrot and stick that boost or undermine security, at will.

There is the US. In addition to AFRICOM drone operations, the US runs routine covert operations in cooperation with a Somali counter-terrorism unit that is trained, paid, and commanded by the US. Though this was a thinly veiled secret, it entered into the public discourse on US’ controversial activities in Somalia since the recent killing of a Green Beret, and its role in Africa when four other Green Berets were killed in Niger a few months later.

This needless to say raised both media and congressional interests in the US clandestine operations in Africa. For years, AFRICOM has been effectively managing perception by offering ocean-cruise version of embedded journalism.

Against that backdrop it is extremely difficult to pinpoint who, or which combination, has triggered the latest wave of terroristic atrocities. 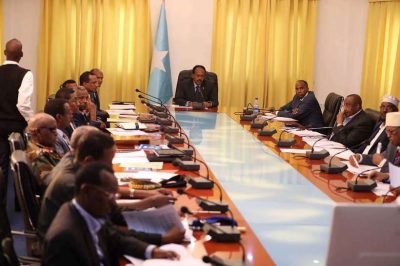 Knee-jerking Into the Oblivion

As usual, the government immediately reiterated its counter-terrorism motto: al-Shabab and ISIS have committed this atrocity. They are out to eradicate the Somali people, therefore, we should all join hands to fight them in their bloody swamps. We should wage an all-out war in many fronts and many regions and “I will be the first in the line”, said President Mohamed Abdullahi Mohamed (Farmajo).

Never mind the fact that the terrorists—be they al-Shabab or one of the other clandestine candidates—are executing their deadly operations behind the roadblocks and barricades across Mogadishu. And never mind that the mightiest nation on the face of the earth could not defeat terrorists in Iraq and Afghanistan in a conventional warfare involving hundreds of thousands of its best soldiers. President Farmajo declared a war and went off to solicit more military support from Ethiopia, Uganda, Kenya and Djibouti to ‘defeat al-Shabab, once and for all.’

So How Does One Get Out Of This Mess?

In order to stabilize Somalia all pieces of the insecurity puzzle must be accounted for. In addition to al-Shabab’s suicidal vision, the ever-worsening security condition is driven by the interplay of the aforementioned domestic and foreign elements.

Somalia continues being a lucrative project of international appeal, a regional cash cow, and geopolitical pretext for exploitation and military expansion. Except the government which, in theory, is the guardian of the Somali national interest, all others are entrenched in advancing their zero-sum strategies and interests. Out of that condition emerged a deadly system of ‘a favor for a favor’ that keeps insecurity ever-present, but manageable.

The Somali people need and deserve more than a cosmetic accountability fix that is intended to cover the wrinkles of incompetence and corruption.

Unless and until these fundamental issues are addressed, neither Somalia nor its (official and unofficial) guests could be safe. Security would be nothing more than an extended respite between one terrorist attack and another.

Abukar Arman | A former diplomat who writes about the two issues pushing the world to the edge- foreign policy & religion. Twitter @Abukar_Arman