Qatar Revealed as Apparent Mastermind Behind May Terrorist Attack in Somalia 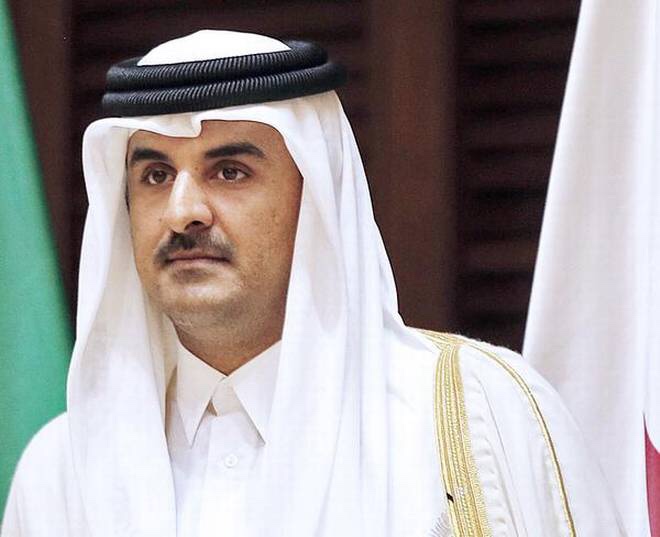 A newly-released phone recording has revealed that Qatar was apparently behind the explosion of a car bomb that injured at least eight people in Bosaso in northern Somalia in May.

The port of Bosaso is operated by the Dubai-based company DP World.

A local affiliate of the Islamic State (Daesh) had claimed responsibility for the terrorist attack, however, the New York Times, which broke news about the recordings reported that “a foreign intelligence agency opposed to Qatar’s foreign policies” captured and intercepted a phone call between Khalifa Al Muhanadi, a Qatari businessman who is close to Qatar’s Emir Sheikh Tamini, and the Qatari Ambassador to Somalia Hasan Bin Hamza Asad Mohammed, proving that the car bombing was an attempt to advance the Gulf nation’s interests to drive the UAE out of Somalia.

Al Muhannadi has reportedly been photographed traveling with the Emir of Qatar.

“The bombings and killings, we know who is behind them,” Al Muhannadi, reportedly said on the May 18 call, approximately one week after the bombing took place.

The violence was “intended to make Dubai people run away from there,” he said. “Let them kick out the Emiratis, so they don’t renew the contracts with them, and I will bring the contract here to Doha,” Qatar’s capital.

Qatar released a public statement in response to the New York Times article in which the Gulf nation claimed they “do not interfere” in Somalia’s internal affairs and said Qatar’s “foreign policy has always been one of creating stability and prosperity” and that “we do not meddle in the internal affairs of sovereign countries.”

Furthermore, Qatar claimed Muhannadi has never advised their government. “He does not represent the State of Qatar and he had no right to comment on behalf of the government,” the statement said. “We will be investigating this individual and he will be held responsible for his comments, which we reiterated do not represent our principles.”

However, the Qatari government did not dispute the authenticity of the call between Muhannadi and their ambassador and according to the New York Times report, the ambassador did not condemn the notion that the Qataris had played a role in the bombings.

“So that’s why they are having attacks there, to make them run away,” Ambassador Hassan bin Hamza Hashem reportedly replied to Muhanandi in the recording.

Hashem also reportedly initially denied knowing Al Muhannadi in a brief phone call with the New York Times and quickly hung up. The Times noted that “In a separate telephone interview, Mr. al-Muhanadi said that he was only a “school friend” of the ambassador’s and added, “I am a retired man and a trader. I do not represent any government.”

Meanwhile, on Twitter, Saifa al Thani the Chairman of Qatar’s Government Communications Office reiterated the public statement and mentioned the New York Times and the two journalists who broke the piece – Ronen Bergman and David Kirkpatrick – writing, “The individual mentioned does not represent the government in any capacity and will be held accountable for his comments.”

To that, Al Thani added that he is “looking forward to our next meeting.” Then he mentioned that he will be seeing the New York Times “as usual during UNGA where we’ll have more important matters to discuss and address.”

On Monday, a separate terrorist attack car bombing left at least 17 people dead and 28 others injured in the Somali capital city Mogadishu. The al-Qaeda-linked al-Shabaab terrorist group claimed responsibility, saying that it was a suicide bombing. “The martyrdom operation was carried out using a vehicle loaded with explosives which targeted a checkpoint along the airport road,” the group reportedly said in a brief statement. It is unclear whether any Gulf nations had a hand in this as well.

President Donald Trump has accused Qatar of financing terror in the past. However, during Sheikh Tamim Al-Thani’s visit to the White House this month, the commander in chief said the emir was a friend, and United States Treasury Secretary Steven Mnuchin thanked Qatar for combating terrorist financing.

In an interview with Arab News, Salman Al-Ansari, founder of the Saudi American Public Relation Affairs Committee (SARPAC), said, “Qatar will do whatever it can do to unleash and support the terror ideology of the Muslim Brotherhood and all the other groups that stem from it.”