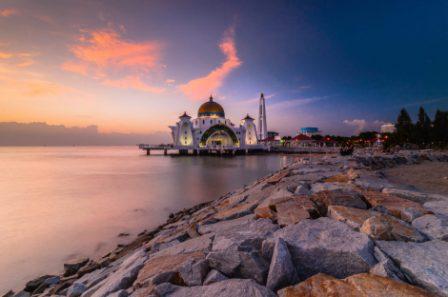 A volcanic schism dominates the landscape in the Islamic world. Sectarian civil wars rage in Syria, Iraq, and Libya. Yemen is the worst humanitarian disaster in the world as a result of a ruthless war campaign spearheaded by Saudi Arabia—a nation that, ironically, carries the Islamic declaration of faith on its flag and is the site of two holiest mosques. There are fanatical insurgencies in Afghanistan, Nigeria, Mali and Somalia.

The latter still remains the embodiment of self-destruction and institutional corruption. It is a ‘geographical expression’ that lacks vision, sovereign authority, and sense of nationhood. It is a resource-rich nation that accepted being the poster-child of perpetual misery. It is a psychologically subjugated and spiritually dysfunctional nation that constantly digs itself into a new geopolitical quicksand.

Somalia is the microcosm of the Muslim ummah or the Islamic nation.

Fifty-seven nation states that are members of OIC are reduced to being spectators or at best agonizing over the ethnic cleansing of the Rohingya people, systematic genocide of the Palestinian people and annexation of holy sites.

For centuries Muslims have been trailing in thought-production, technology, political stability, good governance, and human rights. To emerge out this disgraceful and seemingly hopeless condition requires a mega mirror to reveal the ugly state of our affairs and a thorough introspective process. Granted there are foreign factors and sinister elements that contributed to this ugly state of affairs. But bear in mind only after the internal causes are corrected could the external ones be corrected.

It is hard for Muslims to ignore the daunting resemblance of current times to that which Prophet Muhammad has prophesized; a time in which nations will summon each other to encircle Muslims and feast upon them. When asked if it was due to the smallness of the Muslim population, the Prophet answered: ‘No; you will be numerous.’ Then he added the quality of your moral character would be like scum or foam. You will be afflicted with “al-wahn” or obsession with privileges and luxuries, and extreme fear of anything that could end it.

Today, Dubai—the glittering façade of a degenerate city of lust, greed, and gluttony sustained by foreign military mercenaries—became the success model or the highest aspiration of many Muslim nations. The alternative model still remains the brute power to ensure the privilege of the few at the expense of the deprived masses.

In recent decades, the Islamic world has produced some of the most vicious and most corrupt tyrants who would destroy their own countries for their personal power and privilege till they force a tipping of public wrath. Yemen’s Ali Abdullah Saleh was the latest to be flushed down in the sewage system of history.

Only a few decades after the death of Prophet Muhammad, a chain of Muslim rulers who lacked legitimacy started to recruit or promote their own pseudo-scholars or clerics who looked the part but whose primary role was to provide fatwas or moral covers to the political shenanigans of their patron rulers or tyrants. So, sectarian zeal and jingoistic loyalty became the litmus test and the process through which the ummah still manipulated and exploited.

Against that backdrop, two essential elements that propelled the Islamic civilization of yesteryear have corroded: the genuine pursuit of truth and Ijtihad.

Ijtihad is a thought-processing mechanism to extract meanings or provide new interpretations to existing ones within the moral boundaries of faith. A century ago, Allama Muhammed Iqbal has warned the colonized minds of heedless ummah about the prevalence of suppression of intellectual and spiritual inquiry in the Islamic world. “The door of interpretation (ijtihad) cannot be closed. Because a door that has been kept open by the Qur’an and Sunnah (Prophetic teachings), can be shut by them alone and no one else,” he wrote. Iqbal reasserted what Muslims have long forgotten: spiritual inquiry and a rational quest for meaning is a God-ordained process to acquire and produce knowledge.

Genuine Muslim scholars and intellectuals are those who are motivated by the pursuit of truth and advancement of the common good. They are not enticed by power, privilege or wealth. Their main role is to enlighten the masses and keep power in check while preventing senseless rock bottom rebellion and anarchy.

Though the Islamic world, more specifically the Middle East, is the centre of gravity of international politics and competition for strategic or energy resources, by the large, Muslim rulers in those countries have very little or no political clout to advance their respective national interests let alone make a world impact. Most are charlatans whose foreign policies are handicapped by an inferiority complex and their domestic policies are emboldened by their tyrannical impulses. They readily put their nations’ interests last so long as their positions of authority are secured, their privileges are sustained, and their images are polished with superficial grace.

If the Arab Spring was the people’s raw expression against abuse of political power, against economic disenfranchisement and corruption, these destructive ills are still present in many Arab and Islamic countries and in some cases even more pronounced. The Muhammad Bin Salman phenomenon in Saudi Arabia is an example.

As a de facto King, he has been asserting unchecked authority that is making his country at-risk for political implosion. He spearheaded the catastrophic war in Yemen, the weapons-purchase frenzy that is draining the Saudi economy, and the Qatar blockade. He imprisoned a large number of religious scholars, princes, media moguls and professionals who could have challenged his legitimacy and appetite for power-grab. They are all declared guilty of corruption without any judicial process.

So, the de facto King declared anti-corruption campaign and imposed austerity measures while maintaining his exclusive right for exuberant extravagance- a luxury chateau in France for over $300 million $500 million yacht and a $450 million painting.

Then you have the Egyptian and the Turkish opposition-purge or collective punishment models. None of these models is morally justified in Islam.

Rhetoric aside, Muslims have drifted away from the moral principles that led Prophet Muhammadand his companions change the world and establish a global civilization.

These principles could be narrowed into six:

These core principles encapsulated in a verse in the Qur’an were operationalized through a system of governance that promoted and protected these objectives: Sanctity of life, faith, property, family and intellect.

Prophet Muhammad was conscious of the fact that no relationship can be built on a zero-sum foundation. Sustainable relationships—domestically and internationally—are built upon trust, ethical conduct and certain level of sacrifices.

Getting Back On Track

The human-being is divinely hardwired to search for meaning in life. So as a rational being, inquiries and discoveries in the moral and material realms of life lend the person reason to exist. They are the wheels that propel the process to reimagine and reinterpret. Any society that fails to reassess its social, political, economic, and spiritual vision to match the ever-evolving generational aspirations and challenges would have to face imminent decay.

Islam is a universal faith. As such, interaction and collaboration with the rest of humanity is a divine obligation. And that can only materialize after we change our individual and collective mindset. Numerous verses in the Qur’an underscore the importance of using the mind and intellect and warn against sectarian groupthink and blind loyalty.

It is time for Muslims to reclaim the Islam of inclusivity that transformed broken persons, tribes, and nations. It is time to reinvigorate the Islamic values of thinking before acting; connecting to the hearts before the minds, and purifying the intention before trying to reform. Ponder, plan or simply perish.

Abukar Arman is a writer, a former diplomat and an activist whose work on foreign policy, geopolitics and faith is widely published. He also blogs at Foreign Policy Association http://foreignpolicyblogs.com/author/abukararman/