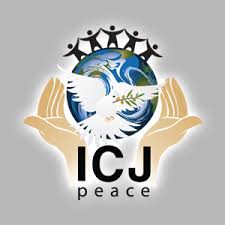 THE HAGUE, 20 January 2017. On Thursday 2 February 2017, the International Court of Justice (ICJ), the principal judicial organ of the United Nations, will deliver its Judgment on the preliminary objections raised by Kenya in the case concerning Maritime Delimitation in the Indian Ocean (Somalia v. Kenya).

A public sitting will take place at 3 p.m. at the Peace Palace in The Hague, during which Judge Ronny Abraham, President of the Court, will read the Court’s decision.

History of the proceedings

Owing to the limited number of seats available in the Great Hall of Justice, priority access will be given to representatives of the States Parties to the case, and to members of the diplomatic corps.

1. Members of the diplomatic corps

The Information Department requests members of the diplomatic corps who plan to attend the reading to notify it accordingly before midnight on Tuesday 31 January 2017 (The Hague time), by e-mail to [email protected]

2. Members of the public

A number of seats will be allocated to members of the public on a first-come, first-served basis. There will be no advance registration procedure, and admission requests submitted beforehand will not be considered.

Media representatives are subject to a compulsory online accreditation procedure, which will close at midnight on Tuesday 31 January 2017. Requests submitted after this deadline will not be considered. For full details (timetable, technical facilities, etc.), see the section below entitled

“Further practical information for the media”.

B. Further practical information for the media

1. Entry to the Peace Palace

The Press Room will be open from 2 p.m. to 6 p.m. Accredited media representatives must bring with them their personal ID and press card. They are asked to arrive at the Peace Palace gates between 2 p.m. and 2.30 p.m. Only duly accredited individuals with valid identification will be permitted to enter the Peace Palace grounds.

Photographers and camera crews will only be permitted to enter the courtroom between 2.40 p.m. and 3.05 p.m. They will be accompanied by Registry staff members and must keep to the right-hand side of the room.

The reading will be transmitted live on a large screen, in English and French, in a press room equipped with a shared Internet access (Wi-Fi, Ethernet). TV crews can connect to the Court’s PAL (HD and SD) and NTSC (SD) audiovisual system and radio reporters to the audio system.

Video files (SD/MPEG2 and HD/MPEG4) and still photos produced by the Registry during the sitting on Thursday 2 February 2017 will be available free of charge, for non-commercial use, at the close of the proceedings (to download, click on www.icj-cij.org/multimedia).

Note: The Court’s press releases do not constitute official documents.

The International Court of Justice (ICJ) is the principal judicial organ of the United Nations. It was established by the United Nations Charter in June 1945 and began its activities in April 1946. The seat of the Court is at the Peace Palace in The Hague (Netherlands). Of the six principal organs of the United Nations, it is the only one not located in New York. The Court has a twofold role: first, to settle, in accordance with international law, legal disputes submitted to it by States (its judgments have binding force and are without appeal for the parties concerned); and, second, to give advisory opinions on legal questions referred to it by duly authorized United Nations organs and agencies of the system. The Court is composed of 15 judges elected for a nine-year term by the General Assembly and the Security Council of the United Nations. Independent of the United Nations Secretariat, it is assisted by a Registry, its own international secretariat, whose activities are both judicial and diplomatic, as well as administrative. The official languages of the Court are French and English. Also known as the “World Court”, it is the only court of a universal character with general jurisdiction.

The ICJ, a court open only to States for contentious proceedings, and to certain organs and institutions of the United Nations system for advisory proceedings, should not be confused with the other ¾ mostly criminal ¾ judicial institutions based in The Hague and adjacent areas, such as the International Criminal Tribunal for the former Yugoslavia (ICTY, an ad hoc court created by the Security Council), the International Criminal Court (ICC, the first permanent international criminal court, established by treaty, which does not belong to the United Nations system), the Special Tribunal for Lebanon (STL, an international judicial body with an independent legal personality, established by the United Nations Security Council upon the request of the Lebanese Government and composed of Lebanese and international judges), or the Permanent Court of Arbitration (PCA, an independent institution which assists in the establishment of arbitral tribunals and facilitates their work, in accordance with the Hague Convention of 1899).