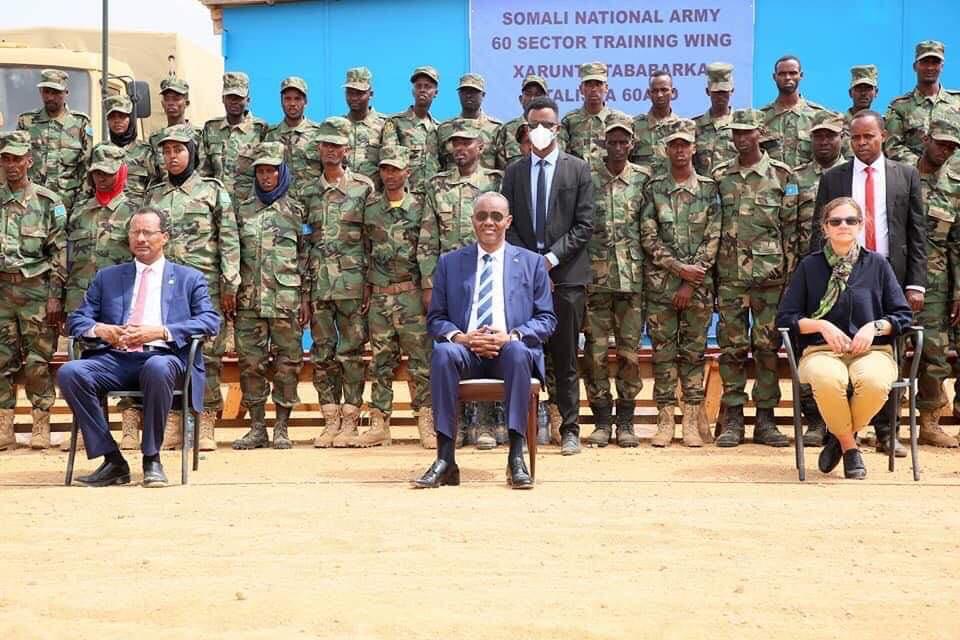 Soldiers were trained at the British Security Training Centre (BSTC) in Baidoa. Today’s graduation brings the number of Somali National Army personnel trained by the British Army to over 2300 forces over the last four years.

This latest cohort is a step toward transferring security responsibilities to the Somali National Armed Forces and building a security and defence force that is professional and accountable to the Somali people.

Ahead of the graduation ceremony, the students demonstrated the skills they acquired during their training that will help them to better perform their duties once back to their units.

I want to congratulate you for successfully completing your training. You have proved your ability to march on, shoulder to shoulder, and I admire your dedication and application. Over the last year, Somalia has made real progress towards building its future army and in conducting operations. We’re delighted the UK has played a role in this, especially in Baidoa which is a vital location in the fight against Al Shabaab.

It is also good that the training which were tailored for the demands of working in Somalia have continued despite the coronavirus pandemic, albeit with strict precautions.

The more sweat on the ground during training, the less blood on the battle field and more victories for Somalia. Training is the best gift to any army and we are grateful to the UK government for helping our army.

The graduation ceremony was presided over by the British Ambassador to Somalia Kate Foster and attended by South West State President Abdiaziz Mohamed ‘Laftagareen’, Somalia’s Minister of Defence Hassan Hussein Haji and senior civilian and military officials from the Federal Government and Southwest State. 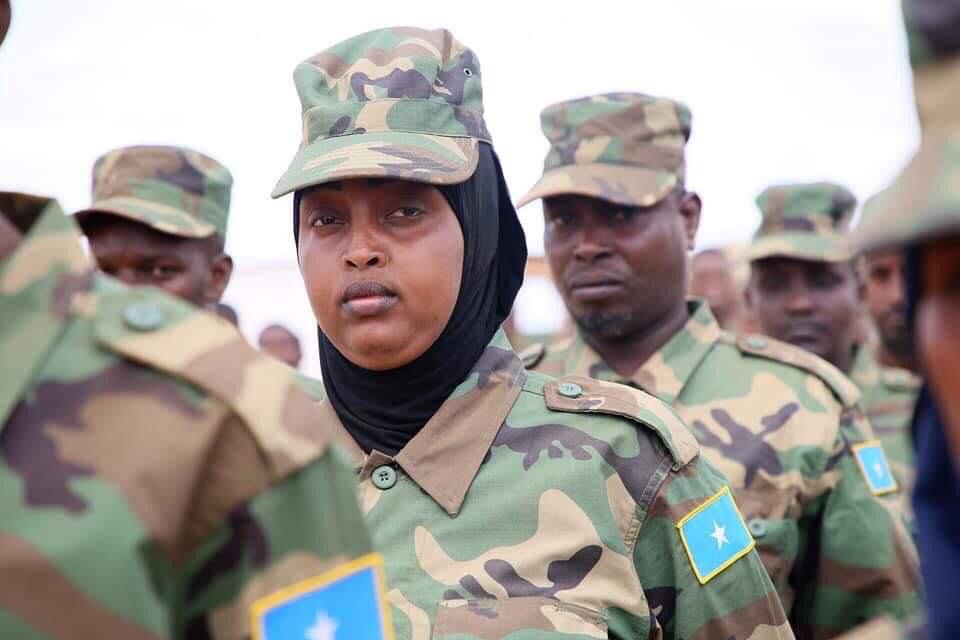 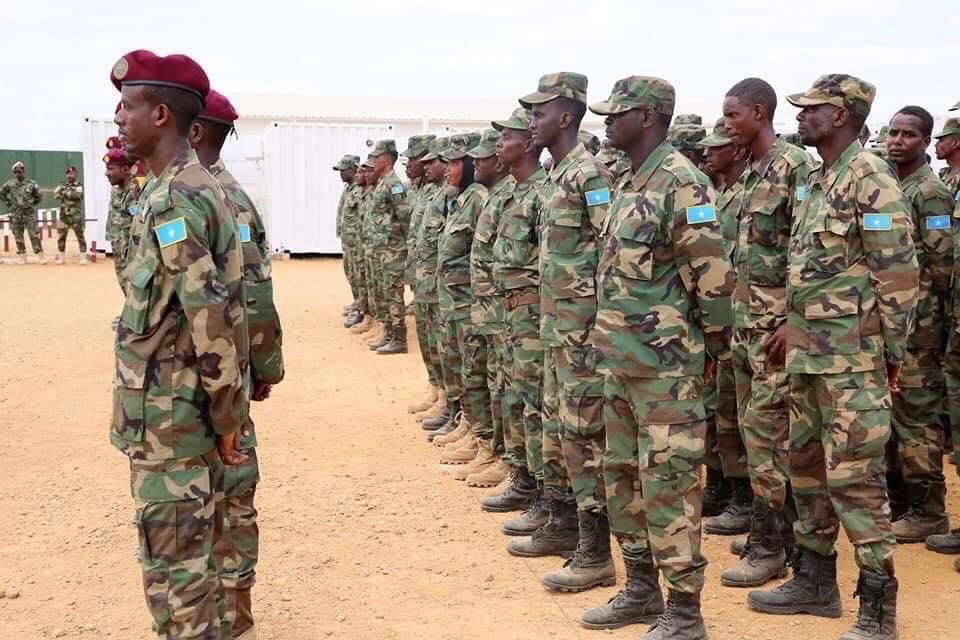 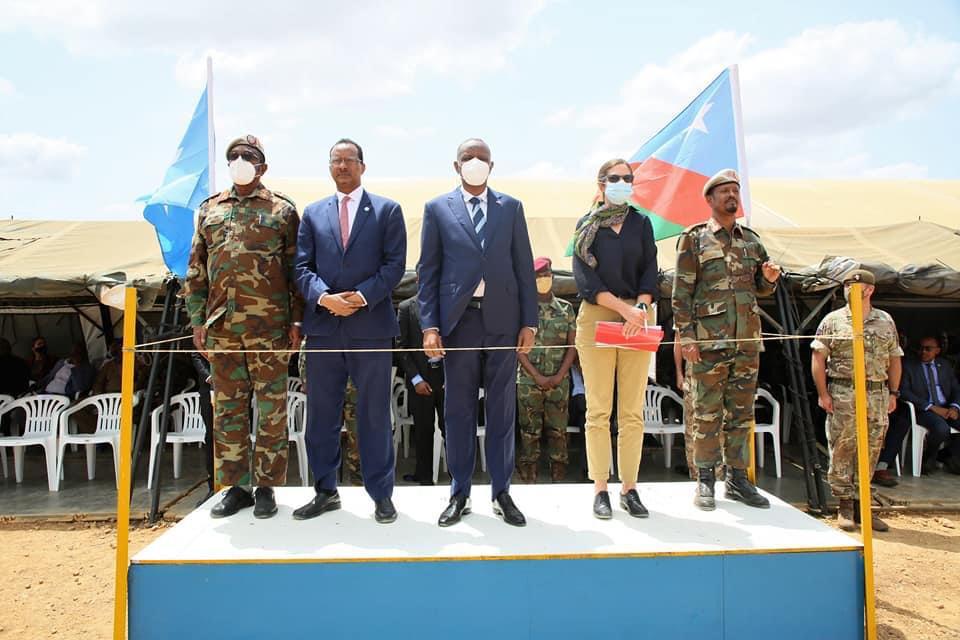