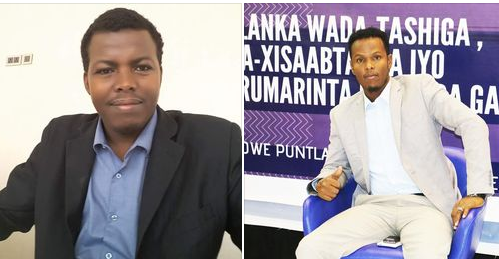 The National Union of Somali Journalists (NUSOJ) strongly protests the arrest of two Radio Daljir journalists in Garowe, Puntland, for carrying out their journalistic duties.

Journalists Khadar Awl Ismail – Director of Radio Daljir and NUSOJ Secretary of Information and Human Rights – and Abdiqani Ahmed Mohamed (Fantastic) – reporter and producer for Radio Daljir – were this morning arrested at Puntland’s Court of First Instance after the president of the court ordered their arrest for reporting on a case of a woman who was allegedly raped and murdered.

The arrest came after Radio Daljir interviewed yesterday the relatives of a woman, who was allegedly raped and killed in Garowe. The victim’s relatives criticized the court of first instance for being unfair and releasing suspected individuals.

“Our colleagues, Khadar Awl Ismail and Abdiqani Ahmed Mohamed, have been targeted and arrested by the judicial and police authorities due to public interest reporting that they have carried out in good faith. This attack is not only a grave violation of journalists’ rights but also a blatant curtailment of the right to freedom of information,” said Omar Faruk Osman, NUSOJ Secretary General.

Speaking to NUSOJ while being taken by the police, Khadar Awl Ismail said, “the Court does not want us to talk about or interview the family of the victim woman, and all we wanted is to present both sides of the story”.

“It is grotesque to arrest journalists within the institution that was supposed to uphold rule of law and protect journalists from abuses. Puntland judicial authorities should keep their hands off the journalists and allow them to do their work freely. We call for the immediate and unconditional release of Khadar Awl and Abdiqani Ahmed” added Osman.