Somalia vs Ethiopia (Round 2): Ethiopia, Berbera Port and the Shifting Balance of Power in the Horn of Africa 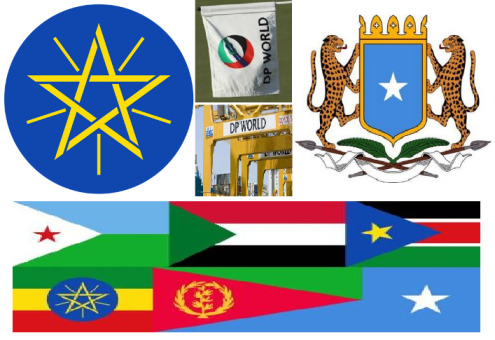 Upon Eritrean independence in 1993, Ethiopia became landlocked and therefore dependent on neighbors – especially Djibouti – for access to international markets. This dependency has hampered Ethiopia’s aspiration to emerge as the uncontested regional power in the Horn of Africa. This article explains how Ethiopia has attempted to manipulate extra-regional interest in the Horn’s coastal zone to alleviate the major economic and political liabilities associated with landlockedness. Previewing the main argument, this article shows how Ethiopia was able to anticipate dangers and opportunities linked to growing involvement of Gulf Arab States in the ports of the region, and how it embarked on an expeditionary foreign policy mission in the Gulf (specifically in the UAE) in order to steer investment towards the port town where Addis Ababa could derive the most strategic advantage – Berbera in semi-autonomous Somaliland. Moreover, this under-reported development in the port architecture of the Horn of Africa will, we argue, have important implications for the balance of power in the Horn and potentially for Ethiopia’s bid to ascend to the top of the region’s local hierarchy.

Find the complete article on the following link:

Ethiopia, Berbera Port and the Shifting Balance of Power in the Horn of Africa

Ethiopia’s regional interests were certainly advanced significantly by the UAE-Somaliland Berbera Port deal. In the process, Ethiopia further bolstered its other regional security objective: ensuring a divided and weak Somalia. Brilliantly, it did so by avoiding any overt action which could later be misconstrued in Mogadishu, the UN or the AU (Staff Report, 2016). Instead, Mogadishu’s ire is directed at Somaliland and the UAE. In the process, a further fractured and divided Somalia and a largely isolated Eritrea mean Ethiopia is the undisputed local power broker in the region; the regional hegemon. As further deals for ports and mineral rights continue across the northern Somali coast, 22 Addis Ababa can potentially
negotiate with Somaliland, the autonomous region of Puntland and the Somali Federal Government (SFG) all separately – unofficially or officially – depending on perceived need.