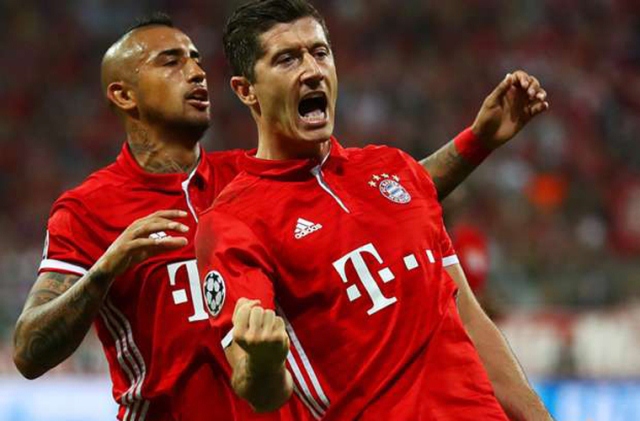 Premier League is the toughest League in the World. It is a difficult championship when it comes to scoring goals. The Blues find themselves in the 7th place when it comes to goal charts in Europe top five leagues. They have netted 62 times in 30 matches. Eden Hazard grabbed a brace on Wednesday night to beat rivals Manchester City. The vital win means Antonio Conte men remain 7 points ahead of second placed side Tottenham Hotspurs.

Roma has tried as hard as they could to try and challenge Juventus in Serie A but they are still six points off. They have scored 6 more goals than the Old Lady with 66. The strikes will only make sense if they manage to tie the league. It is a tall order though. Only eight matches remain in the fixture list and Allegri will not allow a collapse at any cost.

Bundesliga Kings Bayern Munich was shocked by 3rd placed Hoffenheim on Tuesday night. They were beaten 1-0 to halt their march to fifth league titles in as many years. The defeat will do little damage to Carlo Ancelotti side because they are 10 points clear at the top. They have scored 67 goals so far this season.

Serie A 3rd placed side Napoli has scored 9 more goals than league leaders Juventus. However, they are 10 points behind four times Italian champions. What this means is that the Old Lady has conceded very few goals. They have given away only 20 goals as compared to Napoli 33.

Alvaro Morata grabbed his first ever Real Madrid hat-trick to help his team beat Leganes on Wednesday night. The Los Blancos are now to the top of La Liga with 71 points, two ahead of defending Champions Barcelona. The four goals last night took their tally to 78 in 29 league matches.

Ligue 1 leaders AS Monaco are not only leading by points but also goals. They are hammering goals from all corners and PSG can’t handle the heat. The Monte Carlo-based side has scored 87 goals and conceded only 26 times. They are 3 points ahead of defending Champions with 71 points.