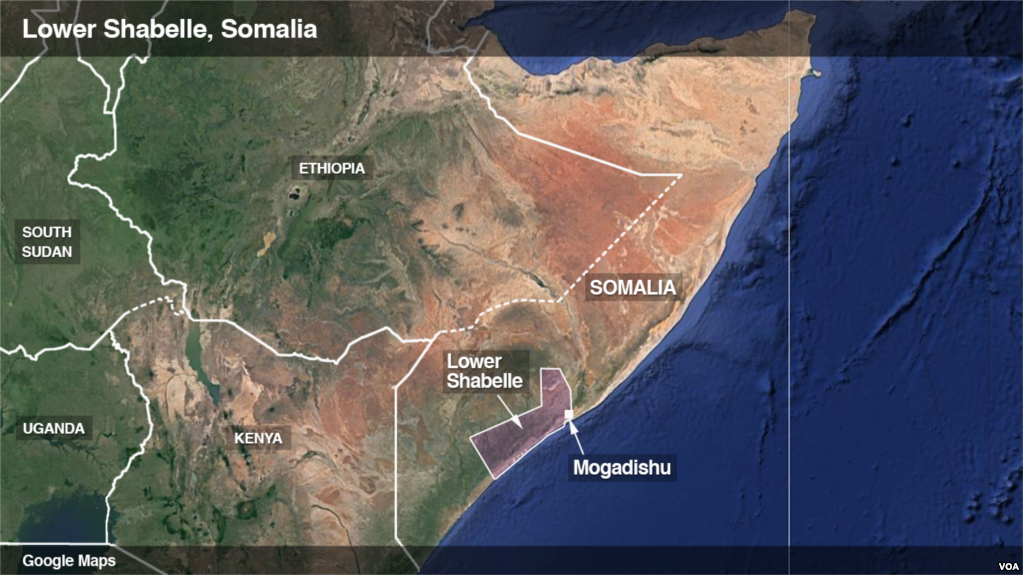 A Somali military official told VOA at least 13 militants were killed when a drone missile hit militants in Basra village in the Lower Shabelle region, about 30 kilometers north of Mogadishu.

U.S. Africa Command has confirmed the airstrike, which came less than 24 hours after a strike targeted the group in Bay region, killing “several militants”

AFRICOM said Thursday’s strike was carried out in coordination with the Somali government.

Meanwhile, the Somalia government said on Saturday that dozens of militants were killed in southern Somalia.

In a tweet, Somalia Information Minister Abdirahman Osman said 81 militants were killed and weapons were destroyed.

“Security forces conducted a coordinated attack on militant camps in Jilib, southern Somalia, killing 81 militants and destroying 5 pick up cars, weapons and ammunitions. Those militants killed in the attack were planning to go to Gedo region,” wrote Osman.

The spokesman of al-Shabab, Abdulaziz abu Musab, denied there was an attack against the militants’ camp in Jilib town. In a message posted on a pro-al-Shabaab website, Musab said the government’s statement that 81 militants were killed is baseless.

Somali officials say the ongoing operation against the extremist group is paving the way for a large-scale offensive against al-Shabab. Somali leaders, including the president, declared last month that preparations are underway.