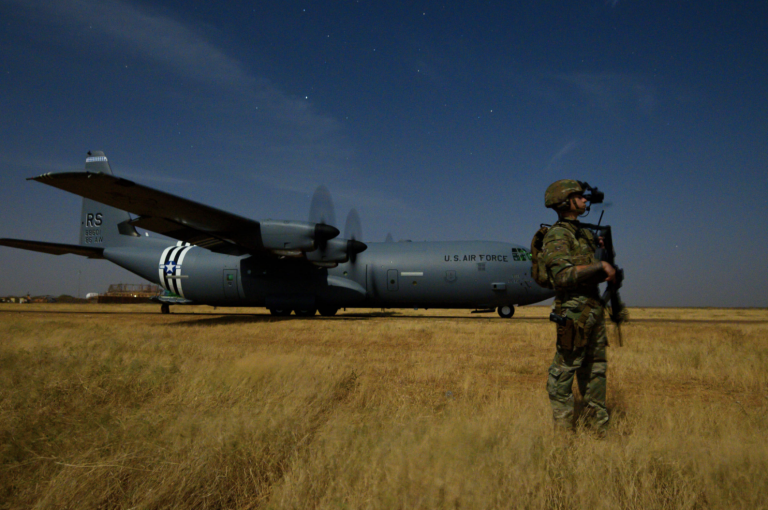 In 2013, Somalia’s federal government wanted to create a counter-terrorism combat force to take on Islamist militants al-Shabab, which seeks to overthrow the government. After negotiations with the United States, an elite special forces unit was created in 2014: the Danab (“Lightning”) Brigade.

The unit has developed a reputation as Somalia’s most professional fighting force. As far as the Mail & Guardian can assess, it is almost entirely funded by the US government. According to a US Department of Defense official familiar with the negotiations, US officials even influenced the design of Danab’s current iteration.

This can lead to complications. Tommy Ross, a former deputy assistant secretary of defense for security co-operation in the US Department of Defense (DoD) and senior advisor on intelligence and defense to Senate leaders, said he thinks the relationship between Bancroft and the State Department “is a recipe for disaster”, but said he does not have the same concerns about US troops that mentor Danab.

Ross also noted that Bancroft has other areas of business in Somalia. Indeed, at one point the State Department paid Bancroft rent through a subsidiary, Indian Ocean Properties (it is unclear if the department still pays Bancroft through its subsidiary). Ross added, “I worry about the potential for conflicts of interest and profiteering that could emerge from this posture and could potentially undermine US policy and interests in Somalia.”

State Department funding for Bancroft has continued,  but now assistance also comes from the US military, some of it directly to Danab.  Some of this falls under the 127e program, a US budgetary authority that allows US Special Operations forces to use local military units as surrogates in counterterrorism missions.

In addition, AFRICOM recently reported to the Defense Department Inspector General that it has continued to facilitate the purchase and transfer of equipment to the Danab Brigade under provisions of Title 10 US Code section 333, which authorises providing training and equipment to the security forces of foreign countries to increase their counterterrorism capabilities.

According to former Danab leaders who spoke to the M&G, this direct funding gives the force the flexibility to adapt more quickly to changing conditions. Like Bancroft, US special operators have also provided on-the-ground training to Danab soldiers, and accompany Danab fighters on missions in an “advise and assist” capacity.

In at least one such mission, on July 12 2019 near the village of Shanta Baraako in Lower Shabelle, an al-Shabab stronghold, US troops were present when two civilians were allegedly killed by Danab soldiers. A US Africa Command spokesperson confirmed a US presence near the village but said that American troops were not involved in any “direct action of any kind”.

Former Danab leaders and politicians told the M&G that situations in which alleged civilians are killed while the US and Bancroft are on the ground is not uncommon. In fact, one said incidents like the one in Shanta Baraako are the “tip of the iceberg”.

Last year,  Danab and the United States became the subject of an increasing number of accusations of civilian casualties and arbitrary arrests. Mahat Dore, an MP based in Marka, a main town in Lower Shabelle, has recorded at least six incidents in which civilians were killed and property destroyed. Asked what he thought Africans should know about American Special Operations forces coming to their country, Dore said, “It depends on the laws of that country. If it is a country as lawless as Somalia, it will not help.” 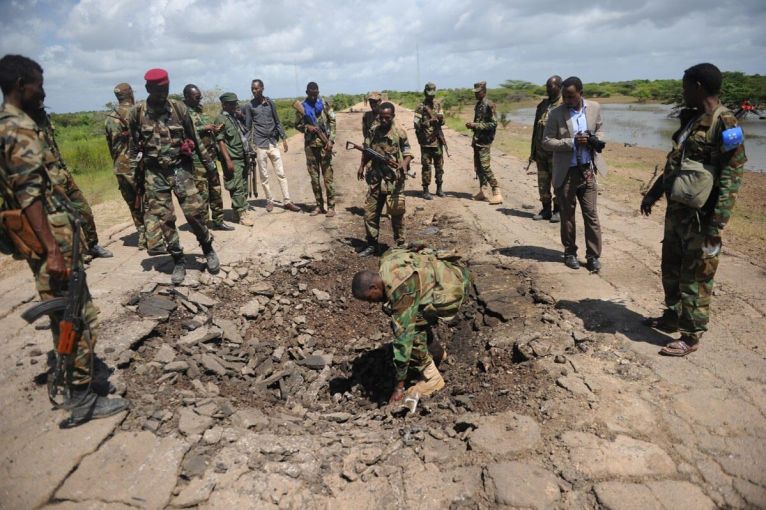 Danab is headquartered in Baledogle, a Soviet-built airport about 100km north of Mogadishu. Baledogle was reconstituted as a US military base in 2012, and is host to one of the largest concentrations of US defence personnel in Africa, behind only bases in Djibouti and Niger. Danab itself has a contingent of 850 troops (according to AFRICOM, as of April 1).

The M&G spoke to two civilians who live near Baledogle, who both requested that their names be withheld. The first civilian said that since 2012, the base has been getting “bigger and bigger”. According to the second civilian, the construction on the base ― including a $12-million runway refurbishment ― has led to more employment opportunities for locals.

In 2019, Baledogle was attacked by al-Shabab fighters. Although they successfully breached the perimeter of the base, they were later repulsed and no fatalities were reported.

When asked if Danab or American forces ever disturbed the surrounding areas, the civilian said “absolutely no,” adding that Danab does not ask for bribes, operate checkpoints or disturb farming activities. If anything, the person noted, said, it would be nice if Danab and the US used their influence to stop clan fighting in the area.

Although praising both the Danab and the US, one civilian added that, for the sake of full transparency, it had to be noted that they were responsible for two civilian deaths in the area in 2016. Danab confirmed both incidents but disputed claims that the people killed were civilians.

In the first incident, in Haakow village, about 15km south of the US base, a man was killed in a botched capture raid as the commandos were going after a high-profile al-Shabab operative. The civilian said that the young man was not the target and that the terrorist escaped. According to Danab leadership, the young man was not the target, but was also an al-Shabab operator who fired at the forces first.

In the second incident, a respected religious elder and al-Shabab defector was mistakenly killed. Danab said this man was also a member of al-Shabab, but that al-Shabab propaganda was especially effective at convincing people the man was a noncombatant.

The civilian who recalled these incidents said at the time people were “a bit unhappy”, but that meetings between local elders and American and Danab officials “made the tension calm”. The civilian concluded: “From that event no harmful incident happened between us.”

The Danab Brigade really began to take shape in 2015, according to Paul Williams, a professor at George Washington University, who has researched its operations extensively. By 2017, it had become an example of what a professional Somali combat unit could look like: well-armed and trained, with troops from a diverse mix of backgrounds, recruited on merit and paid on time. Danab played a key role, alongside forces from the fledgling Somali National Army and the African Union Mission in Somali, in Operation Leopard Hunt, which sought to cut al-Shabab off from Mogadishu, the capital of Somalia.

Although Operation Leopard Hunt successfully cleared al-Shabab from the town of Bariire, a major objective of the operation, soldiers were unable to hold it. At least 12 Danab soldiers were killed when al-Shabab retook the town in late September 2017.

This has proven to be the elite fighting force’s Achilles’ heel: although it is effective at forcing al-Shabab out of towns and areas, it cannot then hold on to these positions. “The Somali National Army isn’t trained to hold, so Danab can capture, but there isn’t a transitional army to keep the city. That has been a problem for a long time,” said Abdirizak Mohamed, a Somali MP, and the minister of security from 2015 to 2017.

He added: “Danab mostly do night operations; they have pre-planned target attacks and then they come back to base.”

In March this year, US Africa Command’s deputy director of operations, Miguel Castellanos, said that he expected the US to continue supporting Danab until at least 2027, with the goal to increase the size of the force to 3,000 soldiers.