The Battle for the Red Sea: UAE-backed Egyptian forces arrive in Eritrea 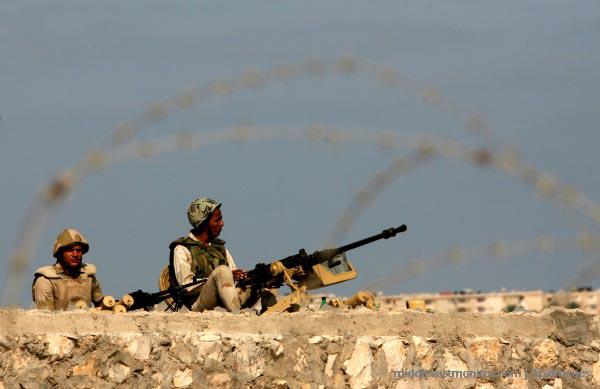 Following coordination with the United Arab Emirates, Egyptian forces arrived in Eritrea today, Al Sharq has reported. The forces are armed with modern technology and heavy armoured vehicles. Sources told Al Sharq that a meeting was convened between the UAE, Egypt and the Sudanese opposition representing groups in Darfur and eastern Sudan. There are no reported military confrontations.

The military presence in Eritrea may be a response to Sudan allowing Turkey to take over Suakin Island in Sudan temporarily last year, as part of a broader Turkish engagement policy in Africa. Suakin was once Sudan’s largest port and governed by the Ottoman Empire but has fallen into disuse since the creation of Port Sudan in the 20th century just 60 kilometres to the north.

Al Sharq reported that, according to diplomatic sources, Turkey is planning to build a military base on Suakin Island. It opened a military base in Somalia last year, deploying 200 troops to train local Somali forces. Relations between Abu Dhabi, Cairo and Khartoum have been strained as a result of Turkey’s presence in Sudan.

Sudan and Egypt are one

Throughout 2017, Egypt was trying to put together an African lobby in a bid to defend its position on Ethiopia’s Renaissance Dam. Egyptian experts claim that the dam will harm Cairo’s access to 55.5 billion cubic metres of River Nile water. However, Ethiopia insists that the project will have a positive effect by assisting Egypt and Sudan with electricity generation.

The construction of the dam began in 2011. It is located 15 kilometres east of the Ethiopia-Sudan border and has been a major cause of political tension between Egypt and Ethiopia. The reservoir of the dam is expected to hold 70 billion cubic metres of water, which will help to solve Ethiopia’s own power shortages. Once in operation, the dam will be Africa’s largest hydro-electric power station.

Additional articles on the battle for the Red Sea and the Somali coast:

Why are so many countries expanding their presence in the Red Sea?