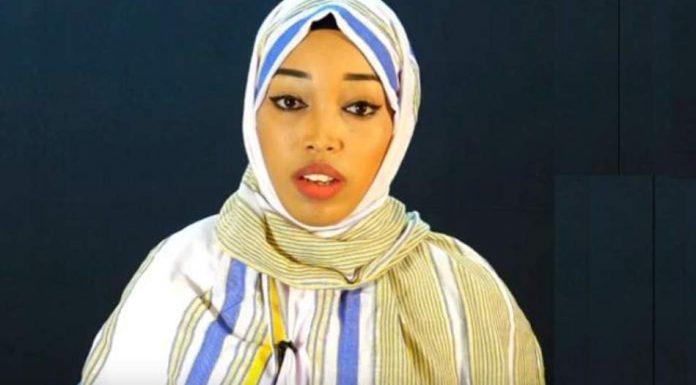 Naima Ahmed Ibrahim, a popular poet, was sentenced to three years in prison for promoting unity of Somaliland with Somalia. She was released on May 7, 2018, following a presidential pardon after spending more than three months in detention.

(Nairobi, May 8, 2018) – A string of recent prosecutions in Somaliland targeting people who spoke out on controversial issues is a dangerous attack of free expression, Human Rights Watch said today. In the latest such case, a prominent traditional elder was charged, tried, and sentenced to five years in prison on April 26, 2018, in proceedings that lasted less than an hour.

Over the course of the last month, the government has prosecuted three people under vague and overly broad provisions that restrict free expression. These laws are being used to criminalize disagreements with key state policies, as well as criticism of, or perceived insults to, public officials.

“Public space for criticism of the government on contentious issues is shrinking in Somaliland, as the authorities bring criminal charges to silence critics,” said Laetitia Bader, senior Africa researcher at Human Rights Watch. “This heavy-handed response is an assault on key human rights protections, and risks badly tarnishing the government’s image.”

The harm caused by the abusive prosecutions is not limited to the defendants. These cases also send a collective message that state authorities will not tolerate certain forms of dissent, which creates a chilling environment that may fuel self-censorship.

Somaliland declared its independence from Somalia in 1991 but has not received international recognition. It shares a border with Somalia’s semi-autonomous Puntland state. Since January, tensions between Somaliland and Puntland have increased in the contested border Sool region with Somaliland deploying forces and taking over Puntland bases in the town of Tukaraq.

On April 19, police arrested traditional elder Boqor Osman Aw-Mohamud, known as “Buur Madow” – Black Mountain in Somali – after he called on Somaliland and Puntland to withdraw their troops from Sool at an elder’s inauguration event in Puntland. On April 26, a Somaliland prosecutor charged him with bringing the state into contempt and with the circulation of false information. He was tried that day and sentenced to five years in prison. His appeal hearing was set for May 8 but has been delayed.

On April 15, Naima Ahmed Ibrahim, a popular poet, was sentenced to three years in prison on charges of bringing the country into contempt for commentary promoting unity of Somaliland with Somalia. Naima Ahmed was released on May 7, on a presidential pardon, after over three months in detention.

On April 16, Mohamed Kayse Mohamud, a blogger, was sentenced to 18 months in prison for offending the honor of the head of state in Facebook comments in which he called Somaliland’s president a local, not national, president.

Journalists have been harassed and prosecuted, often with the same vague and overly broad criminal provisions. According to the Human Rights Center, a leading human rights organization in Somaliland, since the inauguration of Somaliland’s new president, Muse Bihi Abdi, in December 2017, four journalists have been convicted on defamation charges or other charges that criminalize propaganda or insults against the state. In each case, the court sentenced the journalist to prison but later converted the sentence to a fine.

Somaliland’s parliament should move urgently to repeal all laws that criminalize the free expression of political opinions, including criticism of state authorities or national symbols, Human Rights Watch said. In the meantime, prosecutors should refrain from bringing criminal charges under these laws.

Trials under these abusive laws have at times violated basic due process guarantees. Boqor Buur Madow was charged, tried, and sentenced in a hearing that lasted less than an hour. Two people who were there said the presiding judge denied Boqor Buur Madow’s request to postpone the trial so he could get a lawyer.

Trial observers said that during Naima Ahmed’s trial, she alleged that Somaliland intelligence agency officials had threatened, slapped, and sexually harassed her during her first two days of incarceration. She also alleged that an officer at the police’s Criminal Investigation Department had mistreated her.

One of her lawyers told Human Rights Watch that the judges admitted evidence that the lawyers said was obtained under duress. He said that the courts have not responded to the complaints the lawyers filed calling for an investigation into the allegations of mistreatment in detention. The same lawyer represented Mohamed Kayse, and said the police repeatedly denied him access to his client during his pretrial detention, and that the lawyer met with his client in person for the first time on the first day of his trial.

Somaliland’s 2001 constitution guarantees freedom of expression and of the media, in “accordance with the law.” But the penal code, which came into force in 1964, includes a number of vague and overly broad crimes including offending the honor and prestige of the head of state, insulting a public officer or institution, and contempt against the nation, state or flag. These can be punished by sentences of up to three years in prison.

As the African Commission on Human and People’s Rights has stated, “People who assume highly visible public roles must necessarily face a higher degree of criticism than private citizens; otherwise public debate may be stifled altogether.”

“Somaliland should amend its laws and stop prosecuting people for expressing their political views,” Bader said. “Instead it should focus on investigating mistreatment of detainees, and creating a conducive environment in which people can freely debate and comment on sensitive issues without fear or having to self-censor.”