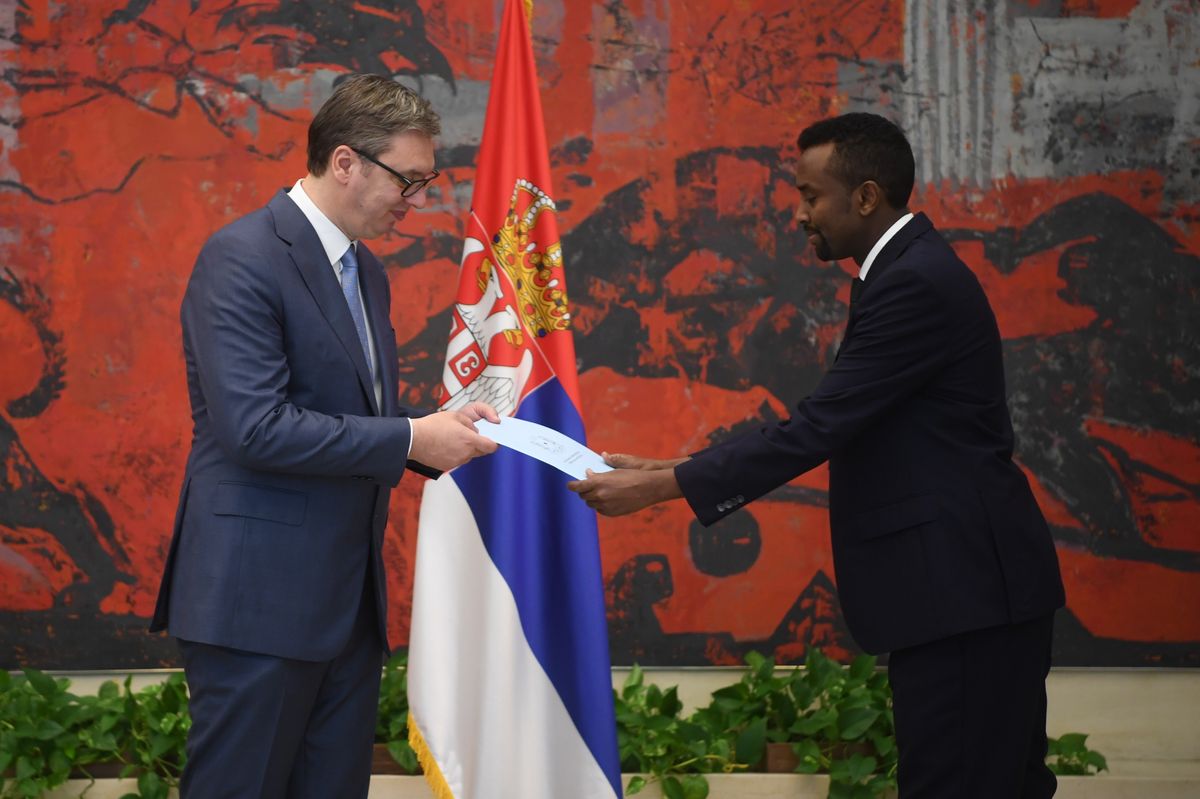 President of the Republic of Serbia Aleksandar Vučić received today the credentials of the Ambassador of the Federal Republic of Somalia, H.E. Mohamed Abdullahi Ahmed, and wished him a warm welcome and success in his work.
President Vučić expressed satisfaction with the historic and friendly relations between the two countries through cooperation with the Ambassador H.E. Mohamed. He noted that diplomatic relations between Belgrade and Mogadishu were established Sixty-two years ago and that both countries respect and nurture the friendly relationship from the time of the former Yugoslavia and membership in the Non-Aligned Movement.

President Vučić emphasized that one of Serbia’s foreign policy priorities is strengthening cooperation with the African Union Commission.

President Vučić asked the H.E Ambassador Mohamed to convey gratitude to Somalia’s leadership for understanding Serbia’s positions, as well as for supporting the territorial integrity and sovereignty of our country. He added that Serbia would support the unity of the Federal Republic of Somalia its territorial integrity and sovereignty in the same way.

President Vučić reminded to the Ambassador that the Serbian Foreign Minister visit to Somalia on 22 May, 2019 and that a mutual readiness to restore traditionally friendly relations of the two countries that date back to the time of close cooperation within the Non-Aligned Movement was expressed at the meeting.

During the minister’s talks with Somali leadership, and separate talks with the prime minister and foreign minister of Somalia, the officials expressed mutual readiness for the renewal of the two countries’ historic friendship starting from 1960.