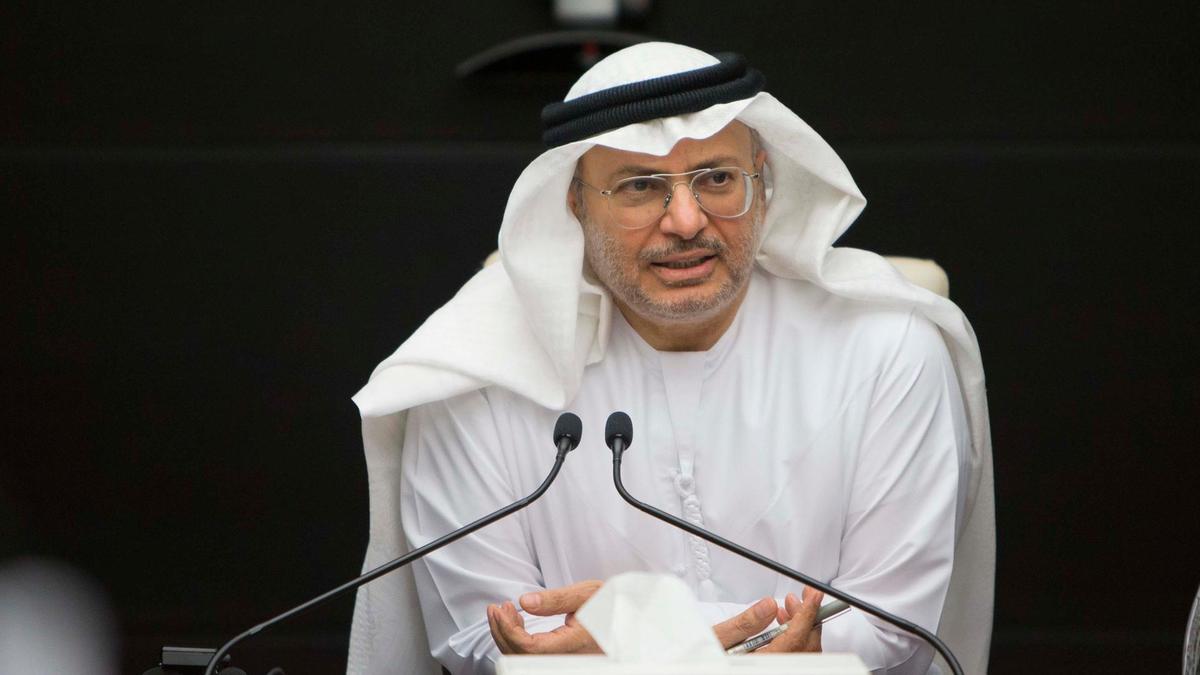 Dr Anwar Gargash, Minister of State for Foreign Affairs, speaking to the press in Dubai on Wednesday. Ruel Pableo for The National

A report by The New York Times has revealed Doha’s terrorist and extremist activities in Somalia, the UAE’s Minister of State for Foreign Affairs, Dr Anwar Gargash, said on Tuesday.

The newspaper obtained evidence concerning a car bombing in Bosaso, Somalia, which took place in May, that suggested the attack was aimed at deepening Qatar’s footprint in the country and undermining the commercial interests of the UAE.

An audio recording revealed a phone conversation between businessman Khalifa Al Muhanadi who reassured Qatar’s ambassador to Somalia that “our friends were behind the last bombings”.

The businessman spoke of the bomb as part of a plan to try to discourage UAE contractors from the country, the paper reported.

“The audio is dangerous and we cannot deny what was recorded,” Dr Anwar Gargash said on Twitter.

During the phone call Mr Al Muhanadi said that violence was carried out to “make Dubai people run away from there”.

“Let them kick out the Emiratis, so they don’t renew the contracts with them and I will bring the contract here to Doha,” the capital of Qatar.

It appears to be an attempt to scare away UAE companies from managing the Bosaso port.

“It is unfortunate that Qatar is using terrorism against the UAE, this affirms the actions of the four countries,” Dr Gargash said.

In June 2017, the UAE, Saudi Arabia, Bahrain, Egypt and other allied states cut off diplomatic ties with Qatar over its support for terrorism.

When the Times asked both men about the authenticity of the call, neither disputed it, but said they were speaking as private citizens rather than on behalf of the government.

When the Times asked both men about the authenticity of the call, neither disputed it, but said they were speaking as private citizens rather than on behalf of the government.

May’s terror attack was not the first that intended to drive Emirati companies out of Somalia. In February, an attack that was claimed by Al Shabab killed the manager of an Emirati company running the port.

The Al Shahab militant group claimed responsibility for the attack, saying that the company was occupying the port at Bosaso. “We had warned him but he turned a deaf ear,” an Al Shabab spokesman said of the port manager, according to Reuters. “He was illegally in Somalia.”The Horn of Africa region is strategically important as it offers passage for shipping from the Strait of Hormuz and greater economic opportunities as the region’s markets grow.