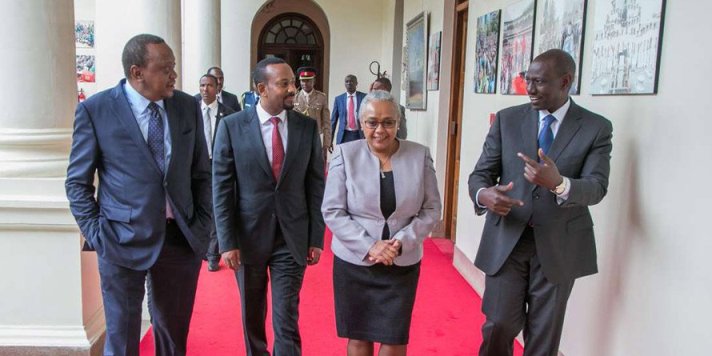 Joint communique issued after Bilateral Talks between HE Uhuru Kenyatta, CGH, President of the Republic of Kenya and Commander-In-Chief of the Kenya Defence Forces and HE (Dr.) Abiy Ahmed Ali, the Prime Minister of the Federal Democratic Republic of Ethiopia on the occasion of the State Visit to Kenya on 7th May, 2018 Nairobi