FT: The continuing blockade of Qatar makes no sense 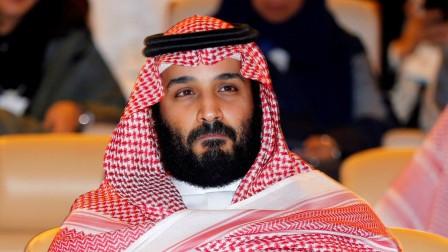 If state-backed newspapers in Riyadh are to be believed, the next chapter in the stand-off between Gulf states could see Saudi Arabia turn its tiny, gas-rich neighbour Qatar into an island. This would involve excavating a Suez-style canal on the land border between the two countries. To reinforce this topographical engineering, a dump for toxic waste would be planted in between.

The story may well be apocryphal — the latest in a sustained propaganda campaign which has failed thus far to intimidate the Qatari emirate into bending to the will of rival dynasties. It is symptomatic nonetheless of how riven the Gulf states still are 10 months since Saudi Arabia and the United Arab Emirates initiated a trade and diplomatic embargo on Qatar, to the detriment of all.

Saudi Arabia has long resented the reluctance of the geographical minnow on its eastern flank to accept a shadow role. Instead, with the independent powers of patronage that Qatar has cultivated thanks to its prodigious gas reserves, the ruling al-Thani family have adopted a consistently maverick foreign policy stance. Qatar’s meddling in regional conflicts, its support for the Islamist Muslim Brotherhood, and the revolution in the Arab media engendered by the Doha-based broadcaster Al Jazeera, have made it a wayward member of the club in the view of rival dynasties. They have not forgiven Qatar either for its wholehearted backing of Islamists in the uprisings that swept Syria, Libya and Egypt during the Arab Spring, when Saudi royals feared their own powers could come under threat.

These differences could have been resolved with diplomacy. The ambitious Saudi crown prince, Mohammed bin Salman, in concert with his counterpart in Abu Dhabi, Mohammed bin Zayed al-Nahyan, chose instead to escalate the feud into another crisis that the Middle East does not need.

Among their initial demands were that Qatar close Al Jazeera; scale back co-operation with Iran, with which Qatar shares its gas; evict a Turkish military base; and sever ties to the Muslim Brotherhood. They also required the emirate to submit to regular compliance checks.

Qatar has taken a hit. State spending and inflation is rising on more expensive transport, food and construction costs. The national airline, Qatar Airways, is losing money and the government has had to dip into the $300bn assets of the Qatar Investment Authority to meet its extra costs. The emirate can afford, however, to weather the storm. It is the richest nation per capita in the world. Moreover, damage to the investment climate in the Gulf has been shared by all.

Sensibly, Doha has resisted the temptation to retaliate. It has also, by most accounts, rowed back on foreign adventurism. Short of volunteering for vassal status it is difficult to see what more it could do, beyond some gestures. Rather, the onus should be on the states that created this crisis to bring it to an end.

Given how far the royals in Riyadh and Abu Dhabi have gone to whip up anti-Qatari sentiment, a sudden climb down is unlikely. But it is high time they moved in that direction. Toning down the rhetoric would be a start. Lifting the blockade incrementally should be the next.

President Donald Trump initially stoked the fires by aligning himself overtly with Saudi Arabia. But Qatar is also an important US ally and hosts the country’s largest offshore air base. Mr Trump seems now to be losing patience. He has offered to host a Camp David summit in September. The parties to this needless dispute should use the months before to start a thaw.

The continuing blockade of Qatar makes no sense