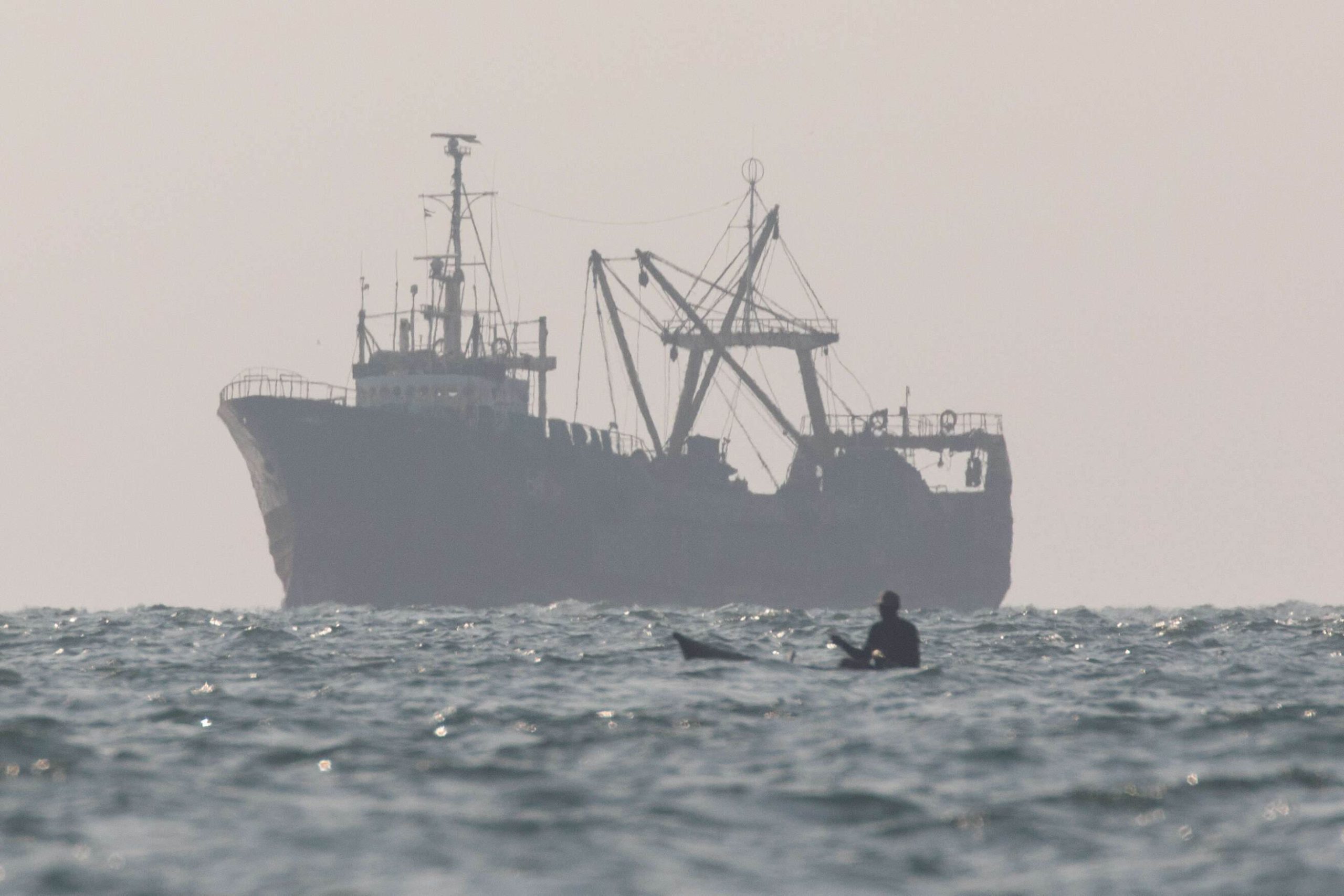 Crew on board Chinese vessels fishing illegally off the coast of Somalia were beaten, deprived of food, and forced to work for nothing, investigations by the Environmental Justice Foundation (EJF) have revealed. In an attempt to swim ashore to escape the abuse, one man drowned. The six vessels were fishing without authorisation and using prohibited gear, violating both Somali Fisheries Law and China’s Distant-Water Fishing Management Regulation.

Indonesian crew aboard the vessels – which were all part of the Liao Dong Yu fleet ­– reported physical abuse from Chinese captains, being forced to work without pay, and being denied food if they did not work. After their contracts ended, the vessel operator refused to repatriate at least 13 Indonesian crew members, and they were forced to stay and work. One of these fishers lost his life in an escape attempt as he tried to swim to shore.

The crew also reported being denied access to clean water, proper protective equipment or access to medical supplies and assistance. In August 2021, EJF, Destructive Fishing Watch and the International Justice Mission were finally able to repatriate the remaining 12 Indonesian crew.

Alongside this abuse, the vessels were fishing in Somali waters without authorisation, using prohibited fishing gear including trawl nets, and fishing in zones reserved for local Somali fishers. These practices cause irreversible damage to marine life and threaten the livelihoods and food security of Somali fishing communities.

Photo evidence and crew testimony showed the vessels also caught protected, often endangered, species, including whale sharks, dolphins, turtles, and even what is thought to be a megamouth shark – an extremely elusive shark species with less than 100 specimens ever observed.

“[We caught dolphins] very often… the cook took the guts and cooked them for their [the Chinese crew] meals,” said one crewmember. The capture of marine mammals is in violation of Somali law and China’s Distant-Water Fishing Management Regulation.

Crew were also ordered to fin sharks, they reported. This is a barbaric and wasteful process where shark fins are removed and the bodies thrown back into the ocean to die. “We threw away all small-sized sharks. For the bigger size sharks like above 20kg, we would take the fins only and throw away the bodies,” said one crewmember.

It is extremely concerning that the distant water fleets of powerful countries like China are exploiting the marine resources of countries like Somalia, which lack the capacity to adequately police their waters, says EJF.

Steve Trent, founder and CEO of the Environmental Justice Foundation, said: “A man is dead because of the unspeakable behaviour aboard this fleet – my thoughts are with his mourning family. These gross violations of human rights are exacerbated and driven by illegal fishing. As fish populations plummet and catches become smaller, unscrupulous operators turn to trafficking and slavery to make a profit. These practices also endanger irreplaceable ocean life and threaten the livelihoods and food security of local fishing communities. All this is made possible by the overwhelming lack of transparency in the fishing sector. Transparency measures – such as giving all vessels unique identifying numbers – matched by strict enforcement of fisheries laws, are urgently needed globally. It is also time for major market states such as the European Union, the USA and Japan to come together to force China to face up to its responsibilities to address the widespread environmental and human rights abuses in its distant-water fishing fleet.”