Escape from al-Shabab: ‘I was turned into a sex slave’ 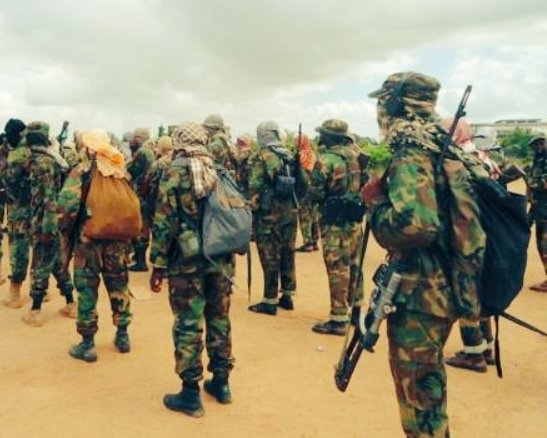 Security agencies and human rights groups in Kenya are worried by the increasing number of young women and girls joining Somali’s terrorist group al-Shabab. But for those who escape, life can get even more difficult.

Radhia Mambo is 27 years old. She looks just like anyone else here as she walks alongside the harbor in her black flowered buibui, the black gown worn by Muslim women. Her face is hidden behind the black veil or hijab, and so is her story. Radhia is not her real name, that has been changed to protect her. Radhia is, in fact, back in Kenya unofficially, even though she was born and grew up there.

As she walks the short distance to a friend’s house, she only makes small-talk, and even that very furtively. All around is noise, women fry fish and cry out for customers, but Radhia walks on determinedly. She enters a compound and moves quietly through a black iron gate.

As birds fly overhead and the door closes, Radhia settles down to talk. She secretly returned to Kenya from Somalia just two months ago. She fled from al-Shabab on foot, walking all the way from Somalia, across the border at Lamu and back to Kenya. She was tortured, abused and turned into a sex slave by the militia which she went to join willingly, at first, to find work as a cook. Radhia was recruited in 2013 by one of her close relatives after she had failed to find work in her hometown. “I was taken by men who knew my father. They told me that I should go with them to Somalia, for a job. I was going to cook for people, I accepted. But when I got there, the people looked like Arabs, with big beards. There were many of them and as soon as I arrived they closed the gate so that I couldn’t escape.”

Kept as a sex slave 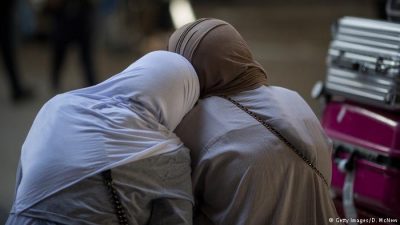 ‘I was taken by men who knew my father. As soon as I got there, they shut the door so I couldn’t escape.’

Like Radhia, many who join the militia group find that the promises on recruitment don’t measure up to reality. Some recruits are just looking for work and the pay is often far beyond what they could earn at home. Getting information from Radhia takes time. She is still very mistrustful. Outside the house, one of the neighbors is washing utensils and Radhia freezes for fear of being overheard. It takes a while for her to speak again. But eventually, she removes her buibui and displays her physical wounds and scars. She claims she was raped for five years while working for al-Shabab. According to medical reports in Mombasa, she is now HIV positive.

“The people who took me are not nice people at all. They tortured me and traumatized me. They promised me 60,000 Kenyan shillings ($592, €480) per month as a salary but they didn’t pay me a penny. They made me their sex slave, anyone could come and sleep with me and none of them wore condoms. They beat me and cut my body, by the time I left, I was covered in wounds.”

Radhia is one of the few who managed to escape because one day one of her tasks was to open the gate for visitors who were arriving at the compound where she worked. She recounts haltingly that she ran into the forest and stayed there, scared, for almost one month. Then she found a good samaritan who showed her the road home. Her regret is that while she was there, she didn’t receive any treatment. She said as soon as she got to back to Kenya, she went to hospital and the medics provided her with anti-retroviral drugs for HIV.

Radhia’s case is not an isolated one. Many young women and girls who are tortured in Somalia by militia members are promised jobs, good salaries and even marriage to hook them in. In recent days, security agencies in Kenya have expressed their worries about the increasing number of young women and girls who have been joining Somali’s terrorist group al-Shabab. And not all of them escape the organization’s clutches like Radhia.

In the coastal region, it’s claimed that the militias are using women to gather information and to spy for them because they are not viewed as suspicious by the community and often pass under the radar of the security agencies too. Martin Kimani, Kenya’s director of the National counter-terrorism center, says that the insurgents have opted for this new pattern after the government succeeded in foiling and curbing their previous attacks and radical extremism. But now more stories like Radhia’s are filtering out, the government has decided to change its approach.

“We have seen that the women who join al-Shabab are not being respected when they go to Somalia. They are abused, beaten and exploited,” he told DW. “They suffer more than men who join the militia. This is why we want women to know that joining the insurgents is a risk to their lives. The Kenyan government has succeeded in reducing the terror attacks conducted by the militia in this country. But even when they escape, returnees can sometimes still be targeted by the terror groups who regard them as defectors. We are trying to work with returnees who have surrendered, to help them disengage and reintegrate into their communities. But some returnees come back with the intention of carrying out terror activities in Kenya. And when we discover that we won’t give them amnesty, of course.”

10,000 may already have been recruited

Although there are no exact estimates of how many women or girls have actually joined al-Shabab, statistics from human rights groups in Mombasa indicate that more than ten thousand youths on the Kenyan Coast are suspected to have joined the militia movement in the last ten years. One of those groups working with returnees is the Kenya Community Support Center organization.

“Most of our data comes from anecdotal evidence, through working in the communities, talking to parents who tell us when their children run away and when they come back,” explains Phylis Muema, the executive director of the support organization. “But we estimate that overall more than 10,000 youths have joined the militia. We have probably lost 2000 young people in Mombasa alone and about the same figure in Kwale. Militia groups have been operating here in Mombasa for about ten years. Some of the recruits have died but others got lucky and made it back here.”

‘I will never ever go back’ 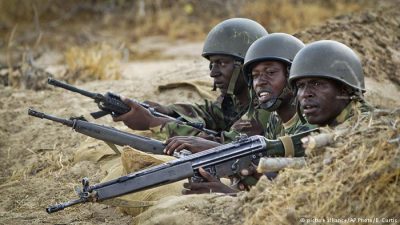 In 2015, the Kenyan government issued amnesties to youth who joined the militia with the intent of counseling them and later reintegrating them into society. But many returnees have refused to register with the authorities and accept the amnesty. They fear being killed by the militias who have networks across Kenya and would see them as defectors.

When Radhia came back, she just quietly mingled with her neighbors, as she had done in the past. Her husband joined the militia two years before her but she has heard no news from him since then. Nevertheless, she now has to earn a living for her five children; so she has opted to start a vegetable stall in her local market. She swears she will never go back to Somalia, as long as she lives: “My husband was the one who went to Somalia first. He just disappeared and didn’t bother to telephone to find out how we were getting on,” confides Radhia.

“That forced me outside the home to look for a job. When I was in the compound in Somalia, there was a room which was always locked. I didn’t ever see women enter there and I wasn’t allowed to go in there either. I would be beaten for all sorts of reasons. I never really understood why. But throughout my ordeal, I was determined to escape. I used to think, ‘I will flee one day.’ During the weeks I spent in the forest, I couldn’t wash or eat properly. I survived on fruit. But it was better than the awful things I had seen and experienced in Somalia. I will never go back.”

DW Made for Minds.

Escape from al-Shabab: ‘I was turned into a sex slave’