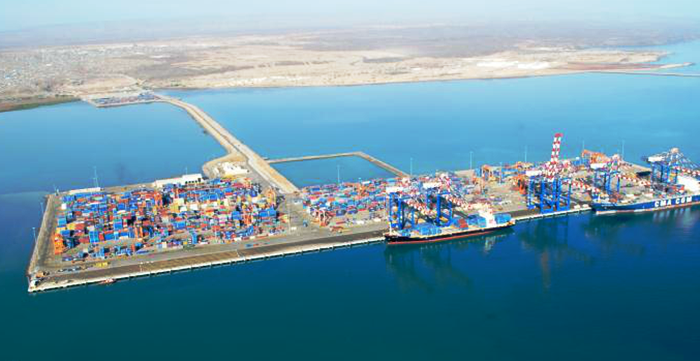 The Horn of Africa is fast becoming an arena for wealthy Gulf Arab states to play out their intense rivalries with each other, in a potentially dangerous battle for influence.

Qatar and the UAE have been taking the lead, with promises of multi-billion dollar investments and large aid flows in countries stretching along the east African coast from Sudan to Somalia.

At stake are the diplomatic, military and commercial ties between the two neighbouring regions. But the battle for influence also has wider geopolitical significance, given the large volumes of crude oil that pass through these waters en route from the Gulf to the Suez Canal and beyond.

The latest move has come from Qatar, which in the past few weeks has agreed a $4bn plan with the government of Sudan to develop the Red Sea port of Suakin. The announcement came just a few months after Qatar’s close ally Turkey agreed to develop a naval facility in Suakin and is a clear sign that the UAE – which until now has been the most active Gulf country in this part of Africa – faces a challenge to its position in the region.

In particular it has been Dubai – the UAE’s leading commercial hub – that has led the way over the past decade or more, having forged partnerships with Djibouti, the self-declared republic of Somaliland and the autonomous Somali region of Puntland.

However, it has had trouble with some of these relationships, with Djibouti proving particularly difficult. In February, the government of Djibouti cancelled Dubai-based port operator DP World’s 30-year contract to manage the Doraleh Container Terminal.

DP World accused the Djibouti government of “illegal seizure of the terminal” in what it said was an attempt to force it to renegotiate the terms of its contract. In response to the government’s action, DP World has launched proceedings at the London Court of International Arbitration.

The episode came almost four years after the last major setback when, in April 2015, the Djibouti authorities told the UAE and Saudi Arabia to remove their troops from the Haramous military base, following a clash between Djibouti air force commander Wahib Moussa Kalinleh and the UAE’s vice consul Ali Al-Shihi.

However, the UAE does still retain strong influence in Puntland and Somaliland. Although the latter of these two has broken away from Somalia, its independent status is not widely recognised by other governments.

In Somaliland, DP World is developing a port and freezone at Berbera, in partnership with the Somaliland and Ethiopian governments. The UAE is also developing a military base close to Berbera port – the contract was approved by the Somaliland parliament in February 2017 in controversial circumstances.

The relationship with Puntland is among the longer-lasting ones for the UAE in the region, with Abu Dhabi having funded a training programme for the Puntland police in 2010.

The UAE has also provided training for Somali soldiers in the past. However, every deal the UAE government or Emirati companies do in Somaliland and Puntland risks undermining its relationship with the internationally-recognised government in Mogadishu.

Qatar appears keen to exploit the potential here. It has pledged $385m in aid to the Somali authorities and reaffirmed its support for the Mogadishu government at an donor conference in London in early March.

As in Sudan, Doha’s actions appear aligned with those of Ankara. Turkey’s Al-Bayrak Group has been operating the Port of Mogadishu since September 2014 and Turkey has its largest overseas military base in the Somali capital – it’s only other permanent overseas base is in Qatar. Ankara also has its largest embassy in Somalia.

There are a number of reasons for all this activity. To some extent there are straightforward commercial opportunities that are worth exploiting, but the region is also useful for the UAE and Saudi Arabia as a base for their operations in nearby Yemen.

Saudi and Emirati vessels have used Assab port in Eritrea to help enforce a naval blockade on Yemen and to support their military operations in the benighted country; they are also able to use the airbase close to Assab port for the same purposes. Saudi Arabia is now understood to be developing a miltiary base in Djibouti which could also prove useful for operations in Yemen, as will the Emirati base under construction in Somaliland.

However, the support being poured into the region by the Gulf states risks exacerbating local rivalries between countries in the Horn of Africa, with uncertain consequences.

Timothy Williams of the Royal United Services Institute, a defence think-tank in London, says the various initiatives of the Gulf countries “have begun to upset the regional order”. In particular he notes that Qatar’s decision to provide financing for the Grand Ethiopian Renaissance Dam project has angered Egypt and the UAE’s build-up of military assets in Eritrea “have worsened its already strained relationships with Ethiopia and Sudan”.

All this mirrors a wider competition for influence around Africa by the Gulf states. There have been a number of high-profile ventures by Gulf leaders over the past ten months since the dispute broke out between Qatar and a quartet of countries led by Saudi Arabia and the UAE and also including Bahrain and Egypt. That has included a six-country tour of west Africa states by Qatar’s Emir Tamim Bin Hamad Al-Thani in December and a wave of military and financial support to a number of Sahel states by Saudi Arabia and the UAE.

The continued failure to settle the Gulf dispute means the battle for influence in the Horn of Africa and elsewhere is also likely to continue.