CIA on Somalia: Status of the Armed Forces 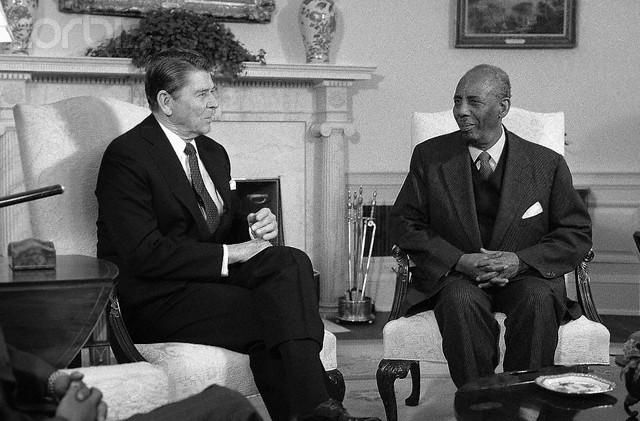 Somali President Siad, who begins a visit to Washington on 9 March, will seek increased military assistance in addition to expanded economic and political support. Since he signed the military access agreement with the United States in 1980, Siad has attempted to become more closely identified with the US and has counted on Washington and its allies to rebuild his country’s weak and disorganized military.

… The military also is experiencing personnnel problems that weaken its combat capability. Tribal rivalries and economic unrest have led to intra-unit clashes and a breakdown in unit discipline. These trends are undermining the military’s support for President Siad, who relies on it to stay in power.

… The deficiencies in Somalia’s armed forces significantly reduce its ability to respond to any concerted Ethiopian ground attack or air activity, and to raids by anti-Siad Somali dissidents. Ethiopian-supported insurgent operations, for example, are successful because the Somali military lacks a quick response capability and has little experience in counterguerrilla fighting.

… Ethiopia and Libya are the main external threats to Somalia, although their motives for wanting to overthrow the Siad regime differ. Ethiopian leader Mengistu wants to blunt Somalia’s irredentist threat. He also is seeking revenge for Somalia’s 1977-78 invasion of Ethiopia and Mogadishu’s continued support to guerrillas in the Ogaden Region. Qadhafi, on the other hand, resents Siad’s support for the Camp David Accords, his close ties with Egypt, and Mogadishu’s granting the US access to its air and naval facilities.