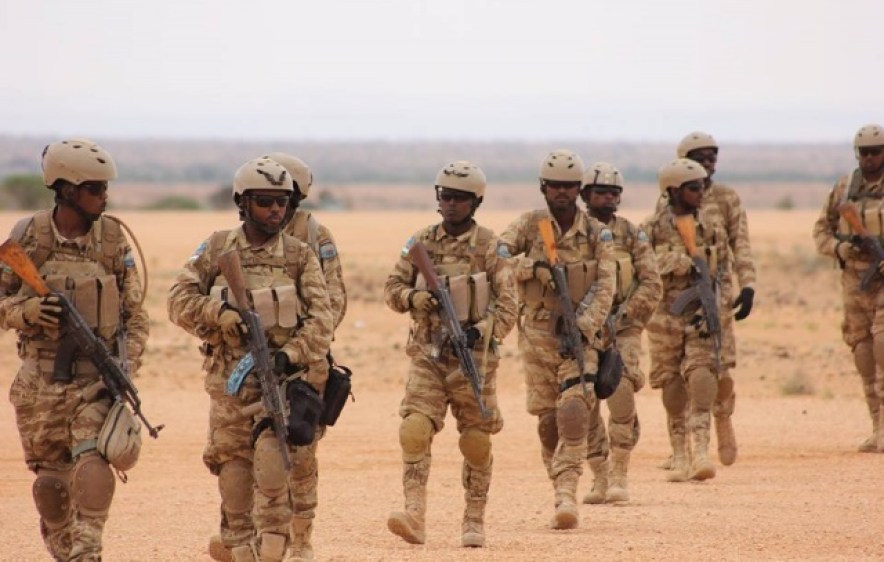 NAIROBI—A Somali commando unit trained by Central Intelligence Agency operatives and U.S. Navy SEALs has become so entangled in local political power struggles that it has ceased operations against the Islamist militants it was created to fight.

Until last year, the 600-strong Puntland Security Force had reported directly to U.S. forces and was largely independent of Somali government control. But now the unit, the main force combating Islamic State’s Somali affiliate, ISIS-Somalia, has abandoned the front lines and returned to its headquarters in the northeastern port of Bosaso, overlooking the Gulf of Aden, according to U.S. officials and Somalis familiar with the situation.

The troops have dug defensive positions around their headquarters building in a standoff with forces loyal to the state president of Puntland, a semiautonomous region, who is trying to bring the unit under his control.

The unit has also halted missions against al-Shabaab, al Qaeda’s local franchise and the most powerful insurgent group in Somalia.

A personal, guided tour to the best scoops and stories every day in The Wall Street Journal.

“Already they have vacated all of their front-line positions, and ISIS and al-Shabaab have free rein to move around and expand—nobody’s stopping them,” said Mohamed Mubarak, a Somali political analyst and executive director of an anticorruption charity, marqaati.

U.S. military and diplomatic officials are worried about the impasse, which undermines the post-Sept. 11 American strategy of enlisting elite local forces to fight extremist groups in Africa, the.

Mideast, South Asia and elsewhere around the world.

“One of our key concerns for this kind of intragovernmental fight is the ability of ISIS-Somalia, especially in Puntland, and al-Shabaab across the country, to generate forces and expand operations,” said a U.S. official familiar with the situation.

Somalia is one of the oldest fronts in the sprawling U.S. campaign against Islamist militants that followed the Sept. 11 hijackings.

The CIA began building up the Puntland force in 2002, amid concerns that al Qaeda elements were operating in East Africa.

President George W. Bush deployed a small number of U.S. troops to Somalia in 2007 to combat the rise of al-Shabaab. President Barack Obama ordered drone strikes against the group’s leaders.

Initially, President Donald Trump intensified airstrikes and built the U.S. presence in the country to 500 Navy SEALs, Army Green Berets, Marine Corps Raiders and other troops. But the month before he left office, Mr. Trump withdrew American forces and relocated them to neighboring bases in Djibouti and Kenya.

U.S. commandos make periodic trips into Somalia to train local forces.
The Pentagon has been reviewing U.S. troop deployments around the world for almost a year. President Biden has yet to announce whether he will send American forces back into Somalia on a permanent basis.
The U.S. alliance with the unit that became the Puntland Security Force began shortly after the Sept. 11 attacks. At first, CIA agents paid and trained the fighters—“two Americans and a bag of cash,” in the words of one Puntland Security Force veteran. About a decade ago, Navy SEALs took over the mission of training and supervising the unit.

U.S. commanders considered the Puntland Security Force one of its most reliable and effective allies in a chaotic country riven along clan, political, regional and ideological fissures.

“This is one of the few professional forces in all of Somalia,” said Mr. Mubarak.

After the U.S. withdrawal last year, however, the unit’s status was ambiguous. It was no longer an American asset, but it didn’t exactly belong to the central government in Mogadishu or the state government in Puntland either.

The Americans took away the unit’s U.S.-made rifles, sniper rifles, machine guns and night-vision gear, and left it with U.S.-supplied weapons from the former Eastern Bloc countries, according to the Puntland Security Force veteran.

“They armed. They equipped. They trained heavily. And they left,” he said. “Since they left it’s been like a vacuum.”

In some ways the unit resembles a family business. The majority of soldiers are from the same Osman Mohamud sub-clan. The original commander gave way to his son, who in turn gave way to his brother, the latest commander, Brig. Gen. Mohamud Osman, known by the nickname Diyaano.

After the U.S. pulled its support, the family picked up some of the unit’s expenses, the unit veteran said.

Unlike some other military outfits in Somalia, the Puntland Security Force largely steered clear of politics and focused on fighting Islamic State and al-Shabaab.

That changed, however, on Nov. 24, when Said Abdullahi Deni, the president of Puntland state, issued a decree dismissing Gen. Mohamud. Mr. Deni named an ally as the new commander, a man unpopular in the ranks of the Puntland Defense Force, according to the unit veteran.

Gen. Mohamud refused to surrender his command. On Nov. 26 the Puntland Security Force issued a statement suggesting that the soldiers didn’t trust the man Mr. Deni wanted to put in charge. “We will continue to defend our people and our land,” the statement said.

Through an intermediary, Gen. Mohamud declined to be interviewed.

Mr. Deni flooded the streets with troops loyal to him. “Deni brought in a lot of firepower to Bosaso to threaten them basically,” said Mr. Mubarak.

Gen. Mohamud responded by summoning hundreds of his own troops from their outposts, where they had been fighting al-Shabaab and Islamic State, according to people close to the situation. They dug foxholes around the headquarters building. Schools in the neighborhood closed for a few days amid escalating tensions, although there have been no reports of actual violence, according to the people familiar with the developments.

As the standoff continued into this week, half a dozen clan elders—influential figures in Somali society—stepped in to mediate.

On Tuesday, the elders announced their proposed solution: Gen. Mohamud would give up his post, but retain the unit’s weapons, vehicles and headquarters building. The government should provide back pay to the soldiers and personal security to Gen. Mohamud.

This time it was the president who balked, issuing a statement rejecting the elders’ proposal and calling upon Gen. Mohamud to surrender his command, his weapons, his vehicles and his headquarters. The unit, the government official said, belonged to the state, not the commander.

“The government of Puntland is strongly committed to safeguarding the peace and stability of Puntland with respect to the rule of law and constitutional legitimacy,” Mr. Deni’s administration said.

American officials have watched the standoff with concern. The chargé d’affaires at the U.S. Embassy in Mogadishu spoke twice with Mr. Deni, pressing him to find a peaceful way out of the impasse, according to a senior U.S. diplomat in Mogadishu.

“Generally we are urging that forces of any sort in Somalia refrain from getting involved in politics,” the senior U.S. diplomat said. “We urge all security forces to focus on fighting violent extremist organizations like al-Shabaab and ISIS-Somalia.”