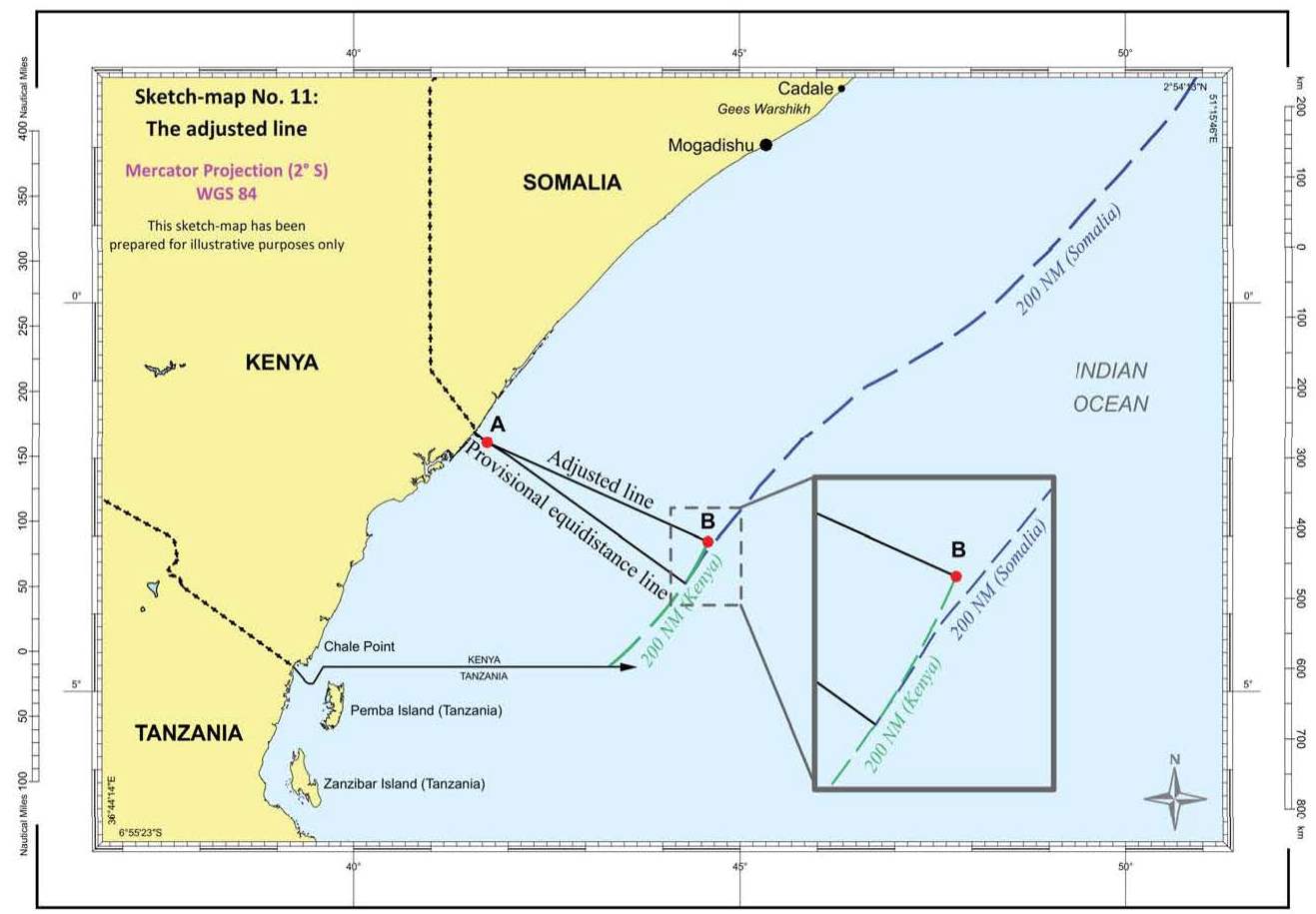 174. In view of the above considerations, the Court believes that it is necessary to shift the line to the north so that, from Point A, it follows a geodetic line with an initial azimuth of 114º. This line would attenuate in a reasonable and mutually balanced way the cut-off effect produced by the unadjusted equidistance line due to the geographical configuration of the coasts of Somalia, Kenya and Tanzania. The resulting line would end at its intersection with the 200-nautical-mile limit from the coast of Kenya, at a point (Point B) with co-ordinates 3° 4′ 21.3″ S and 44° 35′ 30.7″ E (see sketch-map No. 11 below).